Posted on September 30, 2014 by jenniferloiskeauthor 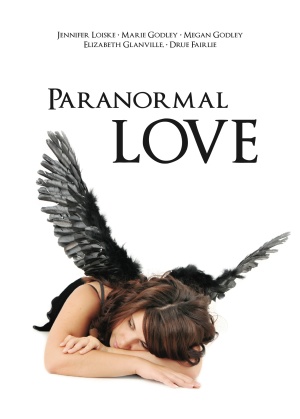 Authors For Charity, a writers’ collective,  has recently published their second charity book, Paranormal Love. The collective have collaborated on a number of projects, most notably their first book for charity, Tales of an Old Wizard, which was launched in 2013.

Jennifer Loiske has two short stories in Paranormal Love, so if you like her stories you might want to check this one out, too. And the best part? All profits from Paranormal Love go to a cancer unit in Sussex, England!

Witches, werewolves, mysterious creatures and haunted dreams…these are just a few encounters of the third kind that you will come across in the anthology of stories about dark love and forbidden romance!

Sneak peek of Jennifer’s short story, The Land of Death:

Waiting is the most horrifying part of the danger. The pure knowledge that something is going to happen, but the part ‘when’ being a total mystery.

For weeks I had felt something weird happening around me. Clouds gathering and turning to a dark grey every time I placed my foot outside. Whispers in the dark, tempting and seducing me the second I closed my eyes, and a haunting feeling of being stalked. But I had ignored them, as I didn’t believe in supernatural stuff. Oh, no. I was a junior lawyer at Harper’s Law Office, and the only thing I believed in was facts. However, the creepy feeling of something terrible happening to me had caught me and now I was sitting on my bed, my fingers cramping around the Chinese butcher’s knife, and all the things that even slightly reminded of a weapon gathered neatly around me. I laughed out loud. How stupid of me. Like I could fight against anything bigger than a kitten. I glanced at the huge antique mirror on the wall and hardly recognized the ghost pale, vulnerable looking girl with unforgivably messy hair and the look of a wounded deer in her eyes. I shook my head and hoped I could shake all the madness out of me. Because me looking like this, knife in my hand and my imagination running wilder than ever, there was no mistake I was at the edge of becoming insane.

The phone rang but I didn’t bother to answer, as it was either my nosy mother or some of my jealous colleagues wanting to congratulate me for my promotion as Marcy Henderson’s special assistant in her new nerve-breaking divorce case. So I counted the rings and let it go to my voicemail.

“Cat, pick up the phone,” my colleague, Mandy Brown’s voice said, annoyed. “I know you’re there, so just pick it up!”

I didn’t move. The wind rattled the window and I quickly glanced at it. I almost waited to see a black raven behind it, but that would probably have been too much. The scene behind the window looked as normal as ever. I sighed deeply and lowered my hand. My fingers caressed the hilt of the knife and I sighed again. I had to end this stupidity and start acting like a sane person again. So what, if the clouds had been a bit darker lately? There was probably a storm coming and the voices in my head, well, what can you expect if you worked seventy hours per week? I started to get up when the wind hit the window again and the lights went off. Great. Give me lightning and thunder and it will finish the scene, I thought and lifted my face. The lightning flashed outside. I squeezed my eyes closed for a moment and then turned slowly as the feeling of being watched hit me again…

Help Authors to help and get your own copy here!